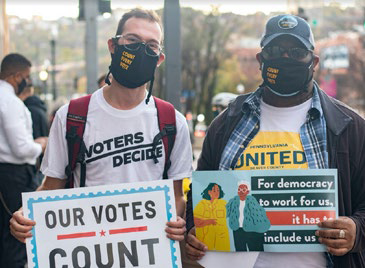 After mobilizing Western Pennsylvania voters to beat Trump in 2020, Pennsylvania United had momentum. They turned to electing progressives to local government. By electing local leaders to the city council, mayor, board of supervisors, and school boards, Pennsylvania United is creating local governments that address local needs and include the community in decision-making. These campaigns develop new leaders — progressive elected officials who will later run for state and federal office. The local races also create an every-year practice of building infrastructure to run and win campaigns.

In 2021, Pennsylvania United recruited and supported 20 people to run for office. They offered a series of trainings, financial support, and helped candidates run with the backing of a vibrant social movement. With over 1000 dues-paying members, the group also organized a year-round canvass, phone bank, and text mobilization effort.