Stories from the Field

With the Midterm Elections just one month away, RDI held a briefing for our funding partners. The event featured three grantees: Siembra NC, RuralOrganizing.org in Ohio, and We the People Michigan. They shared what they’re hearing at the doors and vividly described how winning or losing in November will impact people’s everyday lives in their states.

Siembra NC is organizing Por Una Chulada De Vida, for a delicious life. While their community is threatened with detention and deportation and often face terrible working conditions, Siembra is creating a shared vision for a better future. Co-Director Kelly Morales highlighted the story of how Carlos became the first voter in his family. When Carlos’s family struggled to find affordable housing, he connected through Siembra with State House candidate Diamond Staton-Williams, a mother of three with a strong commitment to creating opportunities for working families. Groups in North Carolina are defending against a possible anti-democracy legislative supermajority. By activating people like Carlos around local races, Siembra is also mobilizing votes up the ballot in the close US Senate contest. 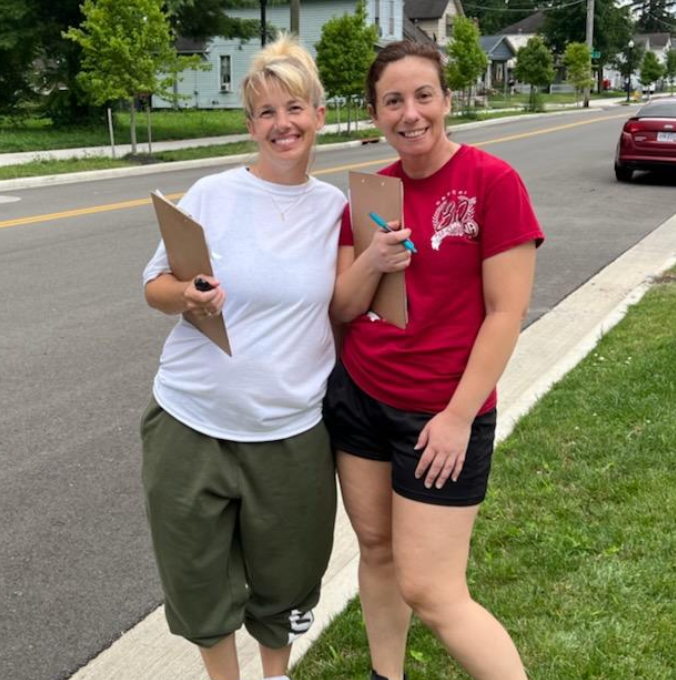 The US Senate race in Ohio is surprisingly tight. RuralOrganizing.org, however, is not surprised. They‘ve been planning for this year’s elections since 2018. In 2022 they invested in “front porch surveys,” conducted by three local groups with deep roots in three rural Ohio counties. They combined what they learned from these 1,080 conversations about what’s most important to rural voters, with grassroots outreach and savvy research and communications, to spotlight the differences between the two candidates. They contrasted the failings of Vance’s non-profit, which gave large amounts of money to wealthy political friends, with how the current administration’s federal policy has benefited local communities.

This year Michigan has a chance to change the balance of their state legislature. We the People Michigan’s rural organizing director, Megan Hess, described how many rural people start with distrust of the election process and elected officials. In order to overcome this disconnect, We the People organizes people around their everyday concerns, like how much they pay for energy bills. Helping them see the direct connection between their lives and the political system, and inviting them to envision a better future, We the People inspires people to take action, canvass, organize community meetings, and even run for office themselves. Megan is excited that after five years of organizing, two of the most competitive state legislative races are in rural northern Michigan. We the People’s lead rural organizer (currently on leave) has raised more money in grassroots donations than any other non-incumbent legislative candidate and generated the highest voter turnout in the state in her district in the August primary.