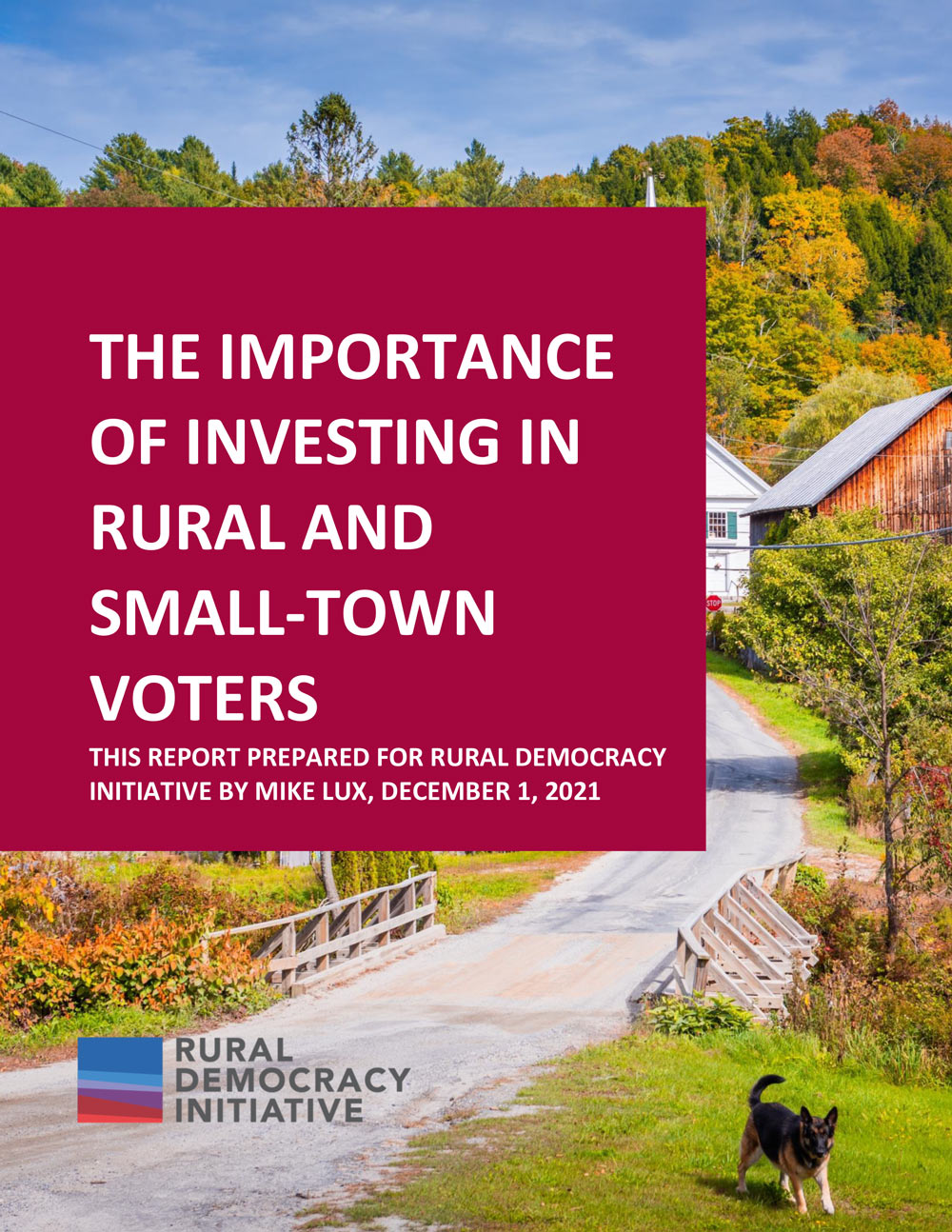 Key reasons to invest in rural civic engagement include:

Given the need to invest, the report provides a strategic analysis of how to invest. Lux provides a state-by-state analysis and a prognosis for short and long-term governing power as well as Democratic control of the U.S. Senate. In addition, the report offers further guidance on civic engagement, including: