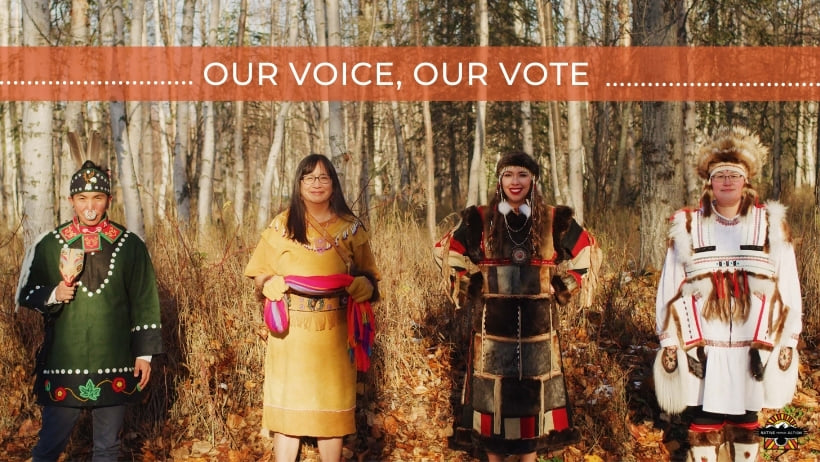 There are 229 federally recognized tribes in Alaska, and over 16% of the population are Alaska Natives. These communities’ participation will help determine the future of the state. Native Peoples Action Community Fund (NPACF) teamed up with The Mobilization Center to build lasting relationships with Alaska Native communities. The groups reached out to Alaska Native peoples and held thousands of long-form, deep-canvass phone discussions on climate change, representation in government, hunting and fishing rights, and youth engagement.

NPACF helped people understand the connection between these issues and civic engagement. They also identified barriers to voting as well as hesitations around participating in elections and other important civic processes (including Tribal Councils, Fish and Game Advisory Boards, and Subsistence Boards). NPACF is using the outreach to build momentum for voting and civic engagement. People they organize are now registering to vote, making public comments on policy, contacting rural legislators, and advocating to protect Alaska Native people’s ways of life.