RDI is a coalition of local and national rural innovators and aligned funders working in states where powerful, progressive, and permanent civic infrastructure in small cities and towns will have the biggest impact on public opinion, elections and redistricting processes. We are building sustainable infrastructure that supports rural people working to transform rural America – and therefore our national politics – for decades to come.

Rural Democracy Initiative invests in civic and political change in small towns and rural communities. Building power in these communities is essential if we're to establish an enduring progressive, multi-racial national majority, and implement the policies required for rural and small town communities to have vibrant, thriving futures.

Progressives are winning again in small towns and rural communities.

In 2018, it became clear that progressives and center-left candidates can win in rural communities. Even though rural areas voted overwhelmingly for Donald Trump in 2016, rural Democratic gains in the 2018 midterms were actually larger than the gains made in urban and suburban areas.

The progressive movement was built on a strong coalition of rural farmers and urban laborers. But in recent decades, progressive leadership and funding infrastructure has largely withdrawn from non-metro areas. A recent analysis found that just .5% of foundation grants have the word “rural” in the description, and only about 6-7% of all grant dollars go to rural areas which contain 19% of the U.S. population. 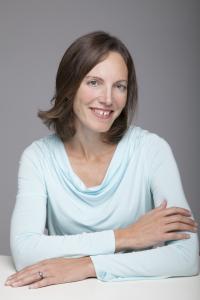 Sarah is the Director of the Rural Democracy Initiative. She also serves as a Senior Advisor to Committee on States, coaching emerging donor alliances in states from Alaska, to New Hampshire, to Alabama. Sarah previously served as Executive Director of Progress Alliance of Washington for thirteen years. In this capacity she helped found some of Washington state’s most important civic engagement organizations including the Washington Bus, Fuse, and the Win/Win Network, and co-led development of the Heroes’ Narrative project.  Sarah is recognized for her expertise leading innovative campaigns integrating field experiments, digital platforms, and transformative narrative. An organizer at heart, Sarah has dedicated 25 years to working for shared prosperity, democracy, and a healthy environment. When she’s not working, she is raising four kids and enjoying the spectacular Washington mountains. 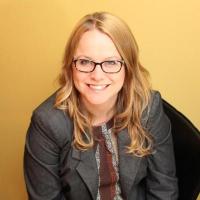 Susan is our new Program and Operations Manager. She has served in leadership roles in issues- based nonprofits over the past 15 years. She holds a master’s degree in Mental Health Counseling from the University of Northern Iowa and is completing her PhD in Rural Sociology at SDSU with an emphasis in gender and policy. Her research interests include the use of social media within social movements and barriers to social movement participation. She's a Co-Founder of LEAD South Dakota, a grassroots organization that has helped thousands of new South Dakotans become involved in politics and helped elect several progressive candidates to office since its inception in 2016. Susan spent the last three years as a research director with a large healthcare provider where she consults on over 25 evaluation metrics projects as a data scientist. She lives in Sioux Falls with her 9 year old daughter and 8 year old son.

With strategic investments, progressives can win again in rural communities, we are changing the political landscape of rural America.

In preparation for the 2020 election, RDI is investing in groups with proven potential for civic engagement in states where modest increases in support for progressive organizations, causes, and candidates can swing statewide elections. Our 2020 election focus includes:

Through strategic engagement of rural and small town voters, RDI believes progressives can win enough state legislative and supreme court races in rural states to influence congressional redistricting that will take place after the 2020 election. Our state redistricting efforts include:

Building on election-year investments, RDI will continue to support top leaders and groups to increase organizational capacity and program strength. Priority will be given to groups that promote multi-racial analysis and programs. Key to this effort will be connecting rural groups not only with one another, but also with partners and resources in urban and suburban infrastructures. Our Coordinated Infrastructure efforts include: